Hygge is a trend that hardly anyone can get past. Whether furniture store, magazine, or bookcase – hygge seems to be everywhere. Especially in the cold season we long for warmth and coziness. The Scandinavians seem to have a little ahead of us. No wonder they know each other with darkness. 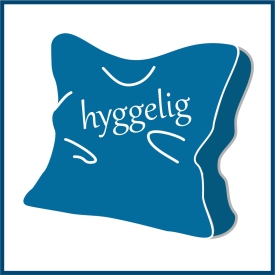 But candles and furniture are not my subject. Rather, it is about the non-material things that make working in northern Europe so enjoyable. A feeling of warmth arises not only from fire, but also from the interaction with each other. And in fact, the Scandinavians seem to have the hang of the shot to transfer the feeling of candlelight, warm wool blankets, and cinnamon snails into the world of work.

We also have companies that have recognized that a bad atmosphere is crippling productivity and driving out good people. But this has not yet arrived nationwide. And so they will still exist in some companies that

No one can really afford this in times of skill shortages, and so the term "New Work" has often appeared lately. For us, this may be a whole new working culture, but it has been around for a long time in other countries.

For many decades, Scandinavia has had exactly the working atmosphere that we want to create with "new work" techniques. It is based on quite simple concepts such as trust and appreciation. These words are also used in German companies, but in Scandinavian ones it is not just words.

Here are a few examples of what the northerners are doing better:

All this and more, of course, also affects health at work. Employees who can also be themselves in the office and are appreciated for their individuality are simply happier and less ill. Everyone wins.

Anyone who thinks of emigrating now has my full understanding. I would have liked to have spent my years as an employee in such a working environment. But even if we prefer to stay here, we can do much better from now on. The higher the position in the company, the more opportunities there are. And best of all, creating such a working environment costs no or little money, just a lot of goodwill, the willingness to trust and probably a lot of consistency.

If you want to know more about hygge in the office, you will find many articles, specialist literature and certainly seminar offers on the Internet.

Take advantage of the New Year and make your working environment hyggelig.

Wiebke Brüssel is a graduate in business administration and managing partner of Strategiebüro Nord (Strategy Office North) in Germany.

Strategiebüro Nord works for companies and organizations in the private, social, and public sector, for founders and for companies at the beginning of their development.

Our focus is on individual challenges and questions that often arise from the trends of our time. We take up the planning and the team-oriented strategic moderation to find good solutions. The result of our work are strategic concepts that ensure long-term success.

All rights for our contributions and the images used are held by Strategiebüro Nord, unless expressly indicated otherwise.

We are happy if you use our contributions and the images for your personal information, quote them or link them. However, if you wish to use them (in whole or in part) for commercial or sovereign purposes or would like to post or distribute them in any medium, we would like to ask you to obtain our written permission to do so first.